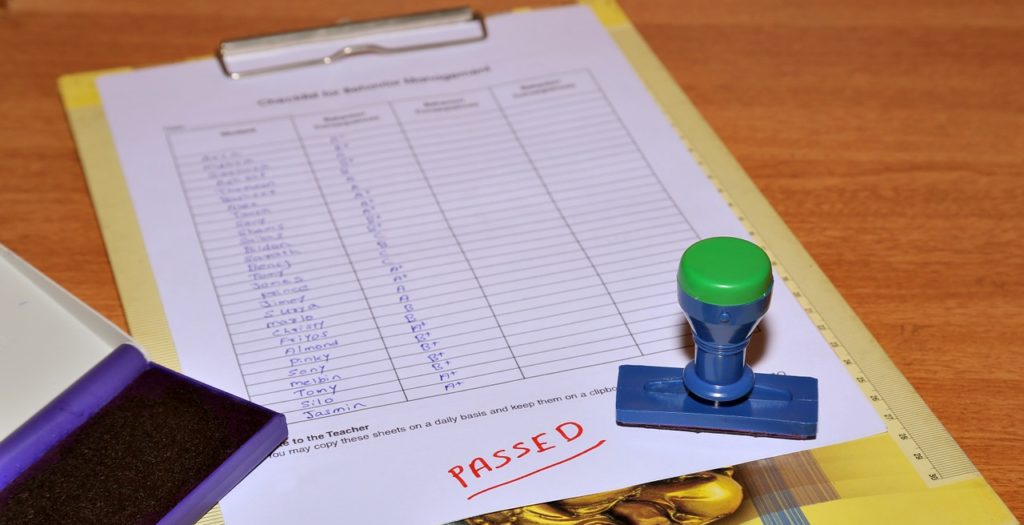 Why the pass rate is low is not clear; it could be due to many factors, such as the applicant pool, the rigor of the exam questions and grading, or the score required to pass.

The pass rate for the February 2017 Nevada Bar exam was only 49%, which is the lowest it’s been in the past ten years, other than 48% for the February 2010 exam. I was fortunate enough to be one who passed that exam. Since 2014, there has been a noticeable decline in pass rates for both the February and July exams.  For July 2017, however, the pass rate increased to 66%, possibly due at least in part to lowered standards. 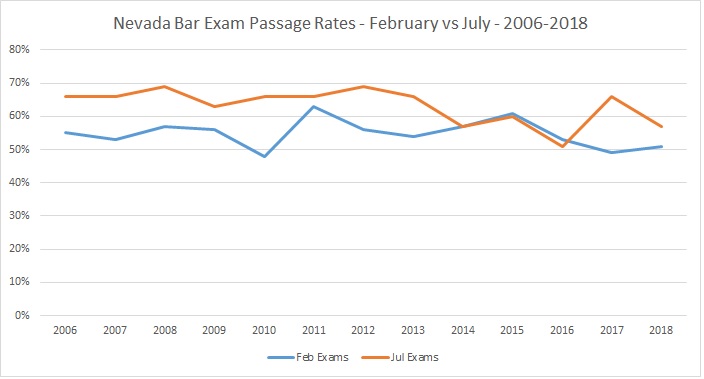 Interestingly, the recent decline in pass rates has occurred with both first-time exam takers and re-takers: 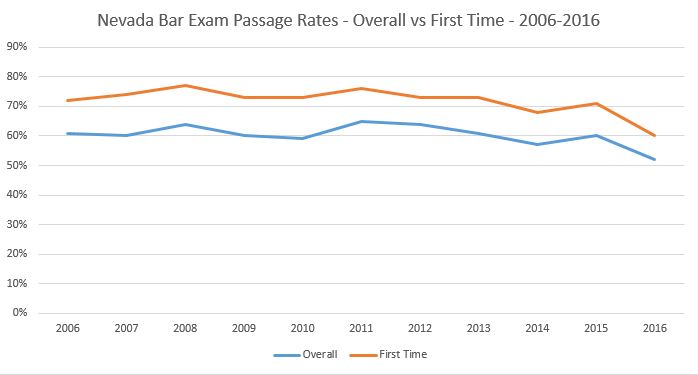 Time will tell whether the results from the most recent exam will start a new trend of higher pass rates or whether the overall decline over the past few years will remain a longer-term trend. What’s clear is that for some reason the Nevada Bar exam is difficult to pass, at least when compared with other states.