The U.S. Supreme Court will soon hear arguments for the case Masterpiece Cakeshop, Ltd. v. Colorado Civil Rights Commission. This case is a clash between civil rights and the Constitution. It boils down to this question: what’s more important–anti-discrimination laws protecting individuals based on their sexual orientation or the freedom of religion–and possibly the freedom of END_OF_DOCUMENT_TOKEN_TO_BE_REPLACED

A number of states and cities have recently passed laws banning employers from asking job applicants about their salary history. The states include Delaware, Massachusetts, and Oregon, while the cities include New York City, Philadelphia, and San Francisco. At this point, there doesn’t appear to be a movement in Nevada to pass legislation banning employers END_OF_DOCUMENT_TOKEN_TO_BE_REPLACED

In a decision released today, the U.S. Supreme Court ruled that Missouri cannot offer a benefit to the public–money to make playgrounds safer–and intentionally exclude a religious organization from the benefit. The ruling is the latest in the battle regarding the “separation of church and state.” This article explains in simple terms what happened and END_OF_DOCUMENT_TOKEN_TO_BE_REPLACED 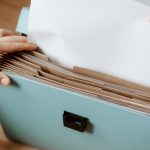